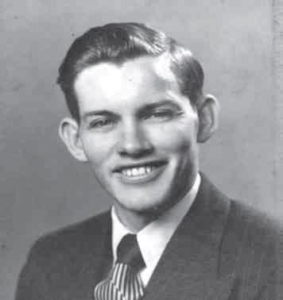 Of the four radio operators with the Mawson 1962 expedition, Ken McDonald was sadly the last of them to leave us. He started his working life as a telegraph messenger with the PMG in Paddington, Brisbane in 1941, not quite 15 years old, and spent some time in several outback areas of Queensland, in the Roma and Longreach post offices. There may have been others. It was in outback Queensland that he came by his nickname, ‘Frosty’, and was known by it all his life. Frosty to friends, and Uncle Frosty to his nieces and nephews.

By 1943 or 1944, Ken was selected to undergo a 9 months training course as a Telegraphist in Brisbane. War time was a busy period for telegraphists in the PMG and Ken became a first class Morse and machine operator. As Morse was overtaken by machine systems towards the end of the 1950’s, Ken occasionally operated the remaining Queensland Morse radio circuit from Brisbane to Thursday Island, and kept his hand in. (Ken also participated in temporary exchanges with telegraphists in Adelaide and Melbourne in the early 1950’s).

Ken’s Mawson radio group was a happy one and worthy of mention. John Watts, Supervising Technician (DCA), Ross Harvey (DCA), Ken Tate (PMG Melbourne) and Clarrie Melvold (PMG Perth). Ross Harvey, the senior operator, told in later years that they were all very good operators, with plenty of laughter and good humour, and he enjoyed working with them. When Ross was absent on one long field trip, Ken helped out by sending several of the required monthly radio operating reports to Melbourne. He spoke highly of John Watts’ technical skill during the year, and helped John on several occasions, rigging new aerials or straightening radio masts which had fallen prey to battering blizzards. Ken demonstrated his musical prowess in tuning and playing the old piano in the recreation room on party nights.

Ken resumed duty in the CTO Brisbane on return to Australia in March, 1963, but by October, 1964 he had been seconded again by the Department of External Affairs (which also controlled the Antarctic Division), to fill a communications role in our embassy in Vientiane, Laos. Ken worked there for over two years, and at postings end returned to Canberra in 1967 for debriefing. His efforts were not unrecognised and he was offered and accepted the position and promotion as Diplomatic Mails Officer, in the department in Canberra. During 1968, on learning that his father was terminally ill in Brisbane, Ken resigned and returned home to assist with his father’s care. In his eulogy the family acknowledged that this was an act of selfless love and concern – and that was the essence of Ken’s nature.

John (Snow) Williams of the 1962 group recently contacted us from New Zealand to tell of his meeting with Ken in Vientiane. Snow took leave while serving with the R.A.A.F. in Ubon, Thailand, and travelled by bus over many unmade and dusty roads to Nong Khai, on the Mekong River. He caught a ferry across this mighty river and was met by Ken at the Lao border crossing. They toured the town, taking in all the sights, and enjoyed the evening nightlife.

One bar, internationally ‘famous’, was the White Rose frequented by expatriates, and a good one to take first time visitors. That night Snow slept on the carpet of Ken’s small apartment, and the next day they caught a train to beautiful Chieng Mai in Northern Thailand, changing trains several times. They spent several days enjoying the sights, and returned south in a similar manner. Snow made his desired connection, but Ken missed his at Khorat (Nakon Ratchasima), and was late back to work.

By about 1970 Ken and his brother in law, John Manwaring, joined forces and purchased a joint newsagency/ Queensland “Casket” Lottery business in the centre of Brisbane city. The business was successful and Ken was often visited by his old friends and colleagues from the nearby CTO, or interstate friends visiting Brisbane. On the death of John, Ken continued for a while then sold the business. He kept fit riding his bicycle and golfing. He worked at the XXXX Brewery as a casual tour guide, and played the piano at a popular Paddington Italian restaurant, Gambaro’s.

On selling his Windsor home he lived at the Cleveland Gardens Retirement Village, and continued to entertain fellow residents with musical entertainment.

He lived here until the end, apart from a short final stay in a Brisbane hospital. Mentioned earlier as a keen piano player, Ken was also an accomplished organist, and had earlier accompanied singers at the Paddington Parish church in Brisbane. He also wrote music and scores.

Before Ken joined the Antarctic Division in October 1961, Melbourne telegraphists, John O’Shea and Eamonn (Joe) Gavaghan (both multiple expeditioners) had known Ken, and visited him several times in Brisbane, meeting socially and playing golf with him on occasion. Ken was a very good player but was easily unsettled by background chatter, often designed to rile him for a bit of fun. Allan Moore worked with Ken for a few months in the Brisbane CTO in 1961, and by coincidence, took over his sleeping cubicle in Balleny hut at Mawson, when a member of the 1963 relief radio group. By further coincidence Allan relieved Ken in Vientiane in May, 1967.

John O’Shea recalled the occasional radio social get together when the last ‘sked’ for the night between Mawson and Wilkes was concluded. (John was at Wilkes at the time). The Mawson radio operators following a party night, would join the on-duty operator and have a chat, mostly interspersed with wild laughter. 1962 was evidently a vintage year.

Ken liked to have a punt on horses, and had in earlier times been a parttime ‘SP bookie’ at the Brisbane CTO. (Bookies existed in all States CTOs and flourished because of the inconvenience of shift work, and operators not being able to attend race meetings).

The family was pleased that Dave Carstens and Mark Single, Surveyor and Senior Diesel Mechanic respectively of the Mawson 1962 party, were able to attend the funeral. Ken will have carried some mechanical skills learned from Mark, as one of his jobs in Vientiane was to run and help service the emergency generator at the embassy – powered no less than by a well-known Antarctic-type, D-4 Caterpillar diesel engine.

Among fellow telegraphists and radio operators, Ken was regarded as a top class operator, a decent man, a good family man and friend to many. He remained single, was humorous, mixed easily, was extremely well-liked, and his passing is sadly acknowledged. In John O’Shea’s words – ‘What you saw is what you got’. Farewell to a good mate.