The ANARE Club Qld Branch held their AGM prior to their Mid Winter Dinner on 17 June 2022. 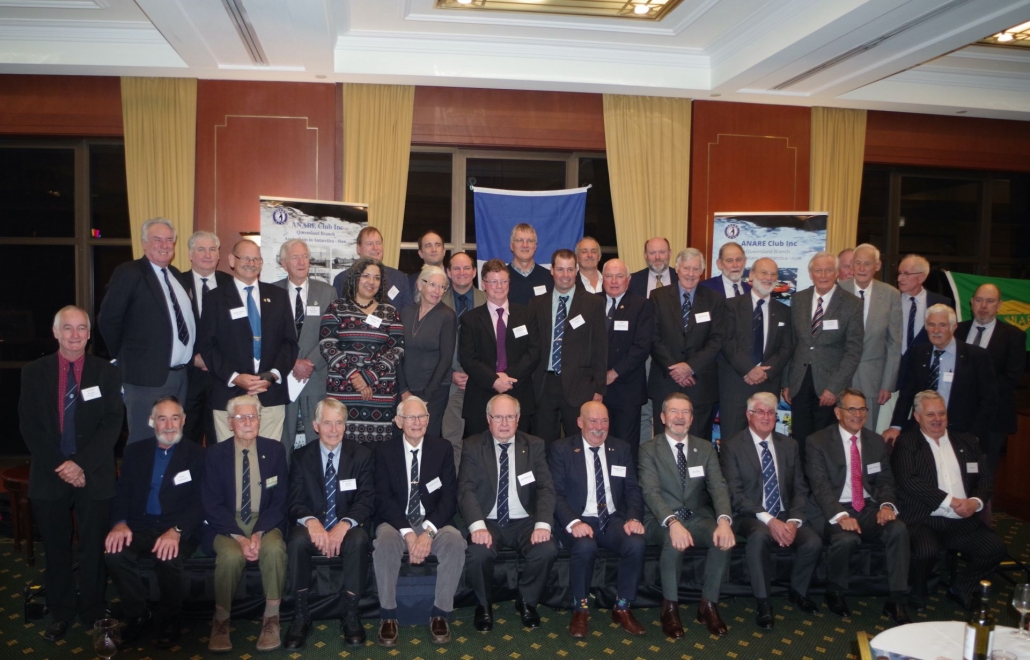 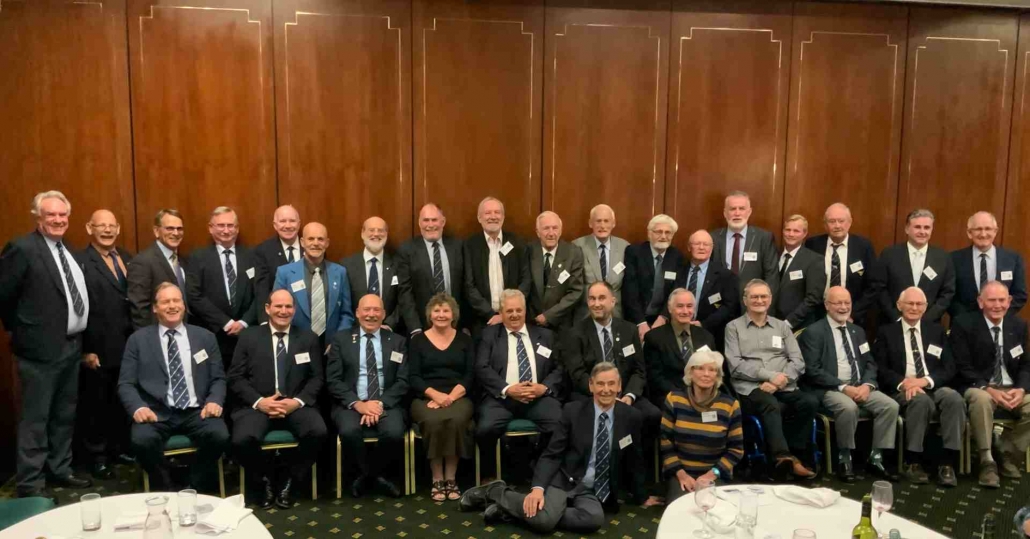 as noted by Trevor Luff

We experienced another exceptional Midwinter Dinner this year with 50 members and guests in attendance. It was hearting to see current expeditioners Hermann Schafell and Justin Ross engaging fully with the veterans and also relating their Antarctic experiences in the usual ANARE manner.

The MC, Graham Pryde made everyone most welcome and kept the tempo going through out the night. Toast to the Queen by George Friend, to ANARE by Justin Ross and the toast to Absent Friends by Peter Thompson.

Our keynote speaker Victor Watt gave an outstanding address reliving his ANARE Club Berth of two years ago. This was most informative and appreciated by all present.

Early in the night we had our birthday boy on the day, John Russell, join us for his 101st birthday on face time. (John has now lived through it all). During the day John celebrated his birthday with a small family gathering at his home in Deception Bay and managed to sign a few more books ‘Antarctic Engineer’ for our raffle. We ended the connection with a rousing rendition of happy birthday to John. As an aside to John’s book ‘Antarctic Engineer’ we are about to order a third print run.

Sue and Keith Morgan, John’s daughter and son-in law, also sent an apology and were most disappointed in not being able to attend on the night in person also with John.

Dave Carstens introduced the calling of the years via the Rumdoodle story and reminded everyone of the 153 second’s rule. There was a lot of hilarity with the stories, plus, many members ran overtime with Phil Vardy tapping his glass for time out.

Once again, the raffle was introduced by Trevor Luff who pointed out, the dozen items on display all had provenance and thanked those who put forward their treasures for the raffle. The Nella Dan numbered print was the first item lifted off the table followed by a unique collection of books, a Sharp ANARE plus other pieces of memorabilia. A big thank you to Victor Watt once again for donating many Nella Dan numbered prints since 1988, and to Peter McKenzie for donating the Sharp ANARE plus a very rare book ‘A Life Given To The Antarctic’ by the Russian author E. M. Suzyumov. This book with Peter’s permission, has been retained for our National ANARE Club Library which is in Brian Harvey’s garage down in Melbourne. Phil Vardy was also amazed to pick a ‘Top Shelf’ book off the table on draw No 8, which others had overlooked.

Once again, we were looked after in fine style by Tattersall’s on Queen Street in Brisbane.

An immense amount of goodwill has also been generated from our 2021 MWD with members and visitors still sending in accolades.

In recognition of his outstanding Contribution to Antarctic affairs and the Antarctic Community, particularly for his Leadership and Achievement in the field of Exploration Surveying and Mapping of Australian Antarctic Territory.

To be presented at the AGM
Brisbane 15 August 2020

Veteran Antarctic explorer and surveyor, and Queensland resident, Syd Kirkby, has been honoured with an Order of Australia medal in the recent Queen’s Birthday Honours. The award is in recognition of his service particularly to Antarctic surveying, mapping, and polar exploration.

The ANARE Club Queensland congratulates Syd for this well-deserved recognition. His outstanding achievements are an inspiration to all. (19/8/18)

BRISBANE MIDWINTER DINNER 2017.  Last year’s Midwinter Dinner was very successful with the attendance by some of our more senior members of ANARE.   At 97 years old John Russell attended, along with his daughter and son-in-law, Sue and Keith Morgan.  John first wintered at Macquarie Island in 1949 and continued with Heard Island 1952, Mawson 1954, and just to finish he spent a year with the Americans on the IGY (International Geophysical Year) in 1957.  Also in attendance was Judith Burnett, wife of the late Hedley Burnett.

ANARE QLD SPRING BBQ 2017.  David and Kathryn Carstens ran the regular Noosa River BBQ in September with a good roll up, including many interstate members to swell the numbers.  Keen interest is always shown in the memorabilia on display, along with the many stories told each year.

70th HEARD ISLAND ANNIVERSARY.  A very successful 70th Heard Island Anniversary Commemoration was held in Melbourne on 13th December 2017, attended by Trevor Luff, as well as our guests Sue Morgan and Judith Burnett.  We could not persuade John Russell, who will be 98 on 20th June this year (2018) to make the journey to Melbourne.  120 people attended the celebrations.

BRISBANE MIDWINTER DINNER 2018.  This year’s Midwinter Dinner is being held at Tattersall’s Club, 215 Queen St (Cnr Queen & Edward St), Brisbane City Mall.  We are there as a guest of a Tattersall’s member, Mr Richard Unwin, who is also our Qld ANARE Club President.  Please note, the entry is via the inside of Tattersall’s Arcade.  Accommodation is also available at the club.  Dress code is Jacket and tie.

Car Parking.  Parking is available at the Queens Plaza Car Park, where the entry is off Edward St (one-way street).  Parking is also available at The Winter Garden Car Park, off Elizabeth St next to the Hilton Brisbane, also a one-way street.  Regarding both car parks, take your car park entry ticket and present it to the Concierge in reception at Tattersall’s for validation.  This will give you a discount when departing the car park.

70th MACQUARIE ISLAND ANNIVERSARY.  There will be another 70th milestone anniversary this year for Macquarie Island, which is being celebrated in Hobart on August 6th 2018.  This event ties in with the ANARE AGM, along with the Australian Antarctic Festival, which runs from 2nd to 5th August.  All are welcome to attend, and details can be found on the National ANARE Club website.  Trevor Luff will be attending the festival, where he will also be working on the ANARE Club stand.