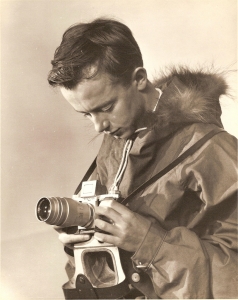 Ivan Fox died on 24 July 2000 after a long battle with cancer and on 12th August his ashes were interred in an ancestral grave at Queenscliff Victoria.

Born in Canberra in 1935, Ivan moved with his family to Melbourne when he was one year old. He grew up in Ashburton with his sister Judith and brothers Peter and Bruce. He attended Ashburton state school and then Melbourne high school. He was already interested in photography and wanted to make it his career. He went on to study photography at RMIT where he excelled. In 1954 he entered National Service with the army at Puckapunyal where he learnt how to use a firearm and he also undertook an underwater diving course. At the graduation demonstration he distinguished himself by riding a bicycle along the bottom of the pool at the Melbourne City Baths.

Ivan began work in the photographic section at the Antarctic division, (then at 187 Collins Street, Melbourne) and later was offered a position as weather observer on Macquarie Island with the 1956 ANARE expeditioner at age 20, to spend a year down South. He was keen to have a go at anything. He tried to swim the icy waters of Macquarie Island but without too much success and is credited with painting the toenails of a sleeping bull elephant seal a beautiful post office red when he got a little bored painting a water tank nearby. He used to give the elephant seals hell around the station buildings too, by deftly running across their backs as they lay asleep. He was the official photographer of the expedition and produced a fine collection of photos of expedition members at work and play and of course the abundant wildlife on the island. 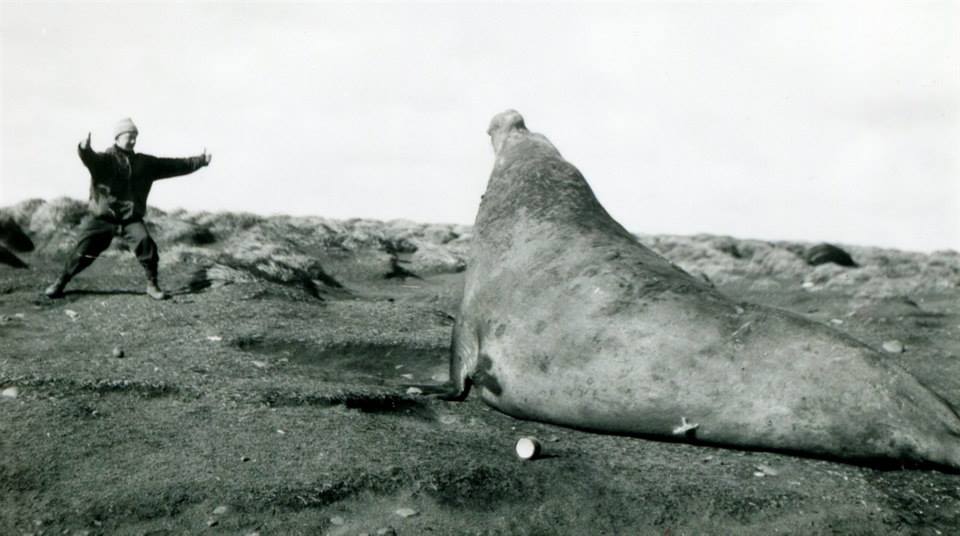 Shortly after returning to Melbourne Ivan began courting the younger sister of one of his skin-diving friends. Her name was Pam Carle. They were engaged in 1957 and married in 1959. He was working with the Defence Department in Melbourne at the time and moved to Canberra when the department relocated. In 1960 they toured Europe, spending five months on the road. During that time Ivan realised a life-long ambition by crossing the Arctic Circle. They returned to Australia in 1962.

In 1964 their first daughter Suzi, was born in Canberra. Soon after, Ivan began work in the Zoology department at the ANU where he was able to contribute new ideas, using photography as a scientific tool. In 1967 his second daughter Marina was born.

Ivan always wanted to learn new things and so embarked on a life of study. In 1978 he obtained a Diploma of Applied Science in Photographic Technology and then a degree in Applied Science and a BA in Adult Education. His love of teaching took him along a new path over the ensuing years as a lecturer at Mildura TAFE, Charles Sturt University at Bathurst and at Hobart TAFE.

His sense of adventure remained strong. He spent nine months in New Zealand as a mountain guide at Mount Cook and his other loves were downhill and cross country skiing, rock climbing, sailing, fly fishing, target shooting, all types of music and BIG speakers, and the GOON show! At the top of his list however, was his beloved Volvo car which was his pride and joy for some 25 years.

Although he knew he had a terminal illness he retained that famous twinkle in his eye and even during the last days of his life he was able to keep the hospice staff smiling with his dry sense of humour and infectious laugh. No doubt the sparkle in his eye was symbolic of his full and joyful engagement with life.