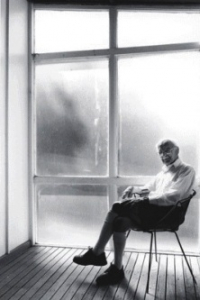 Alf was known to many ANARE Club members, particularly in Queensland, and will be missed. Many of the older ANARE generation knew Alf well and maintained their friendship and contact over the years.

Perhaps surprisingly Alf was also known and appreciated by a large group of more recent expeditioners, having travelled to Mawson and Davis Stations in 1998/99 on a tourist vessel. He then achieved legendary status when, (at the age of 93) he partied well into the night and essentially propped up the bar with a myriad of entertaining stories for all those around him.

The Weekend Australian 14-15 August 2010 has published an article on Alf Howard in its ‘Inquirer’ section. Again written by Anna Bemrose, it is called Antarctic never lost its fascination for Mawson’s hydrologist.