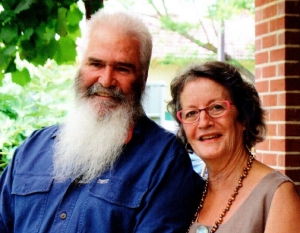 The ANARE Club regrets to announce the passing of Tony “Bear” Everett.

Alison just rang with the news.

Alison plans to have a small private funeral service at the funeral director’s chapel and then a larger “celebration of Tony’s life” a week or two later.

Even though this was expected, I’m sure you’re all just as affected as I am by the news. 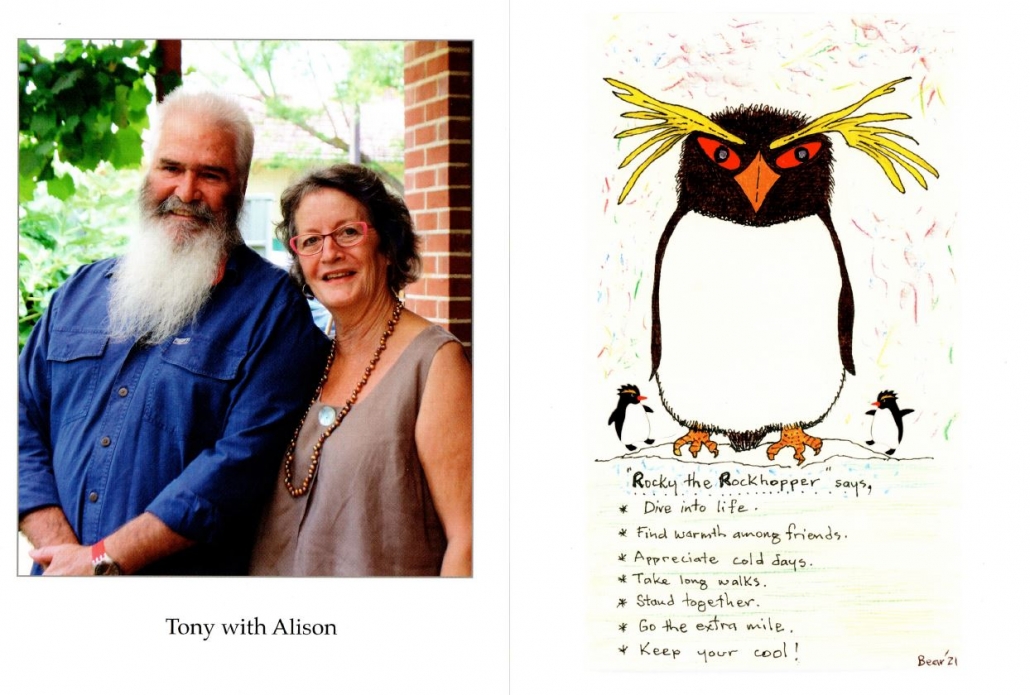 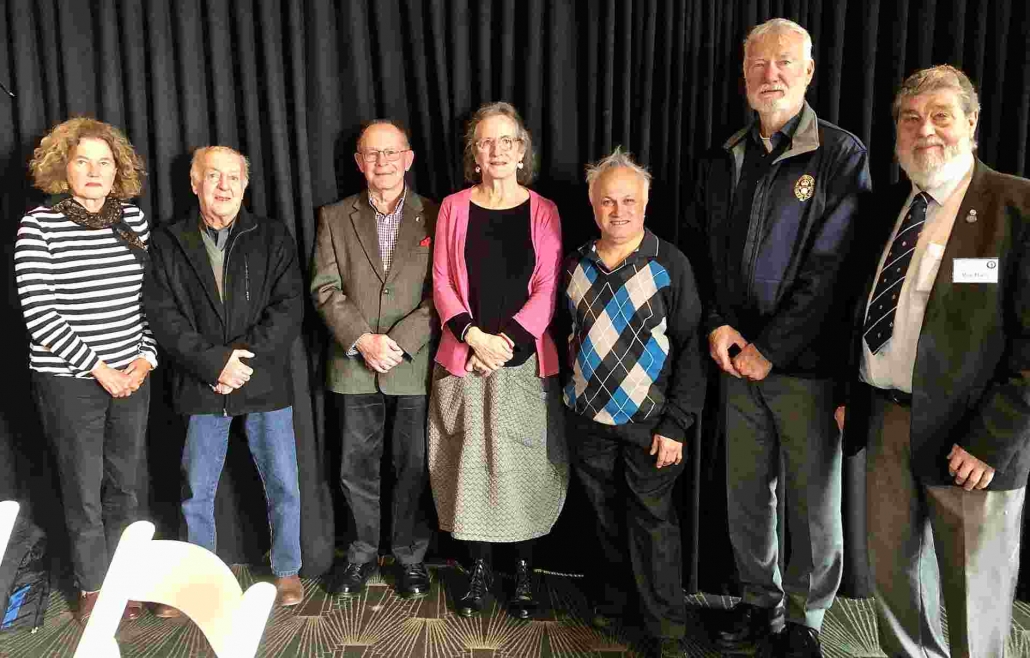 Whatever words I utter today won’t do justice to the memory of this great man but then everybody here knew him so you already have some idea of the legend that he was.

My and many others’ association with Tony is as a result of shared Antarctic experiences. Tony’s Antarctic career was exceptional and that’s what I’d like to talk about. Please excuse me if I refer to him as “Bear” because that’s how he was universally know in Antarctic circles.

I first me Tony in 1977 when he was going to Macquarie Island for the winter and I was on my way to Davis. For some three months we had a loose association formed during pre-expedition training which included a spell of field training at Falls Creek in the Victorian Alps. Tony’s quiet, confident approach to things was obvious way back then. When the 1978 expeditions were over and everyone was back in  Australia the Antarctic grapevine reported that Tony Everett had put in a “good year”.

We next met in 1979 when the Bear was going to Mawson and I was going to Casey and once again there was a loose association. At the end of the 1980 expeditions when I happened to meet up with Bear’s OIC,  the veteran Antarctic expeditioner, Syd Kirkby, he had nothing but high praise for the man.

The Bear wintered again at Davis in 1983 and reports from his fellow expedtioners like Max Riley (present today), Peter Sullivan and Colin Evans were along the lines that they held the man in awe, admired and loved him because of his many contributions to the year including the competent way in which he salvaged the station rebuilding program!

We met again during pre-expedition training in 1984. Bear was supposed to spend the summer at Commonwealth Bay working on restoring Mawson’s huts but when the summer party’s doctor became sick and the project was canceled he agreed at short notice to winter at Mawson in 1985. I shared a flat at the Antarctic Lodge in Sandy Bay with his OIC, Ted Upton, during pre-expedition training and Ted and I became friends. At the end of the year Ted – like Syd Kirkby – had nothing but praise for Tony and as a result of his work with ANARE at that stage, he was awarded the Australian Antarctic Medal for outstanding service in connection with Australian Antarctic Expeditions.

And then of course the inevitable happened. In 1988 Tony and I both went to Mawson for the year. During pre-expedition training in Hobart, my “loose association” with him firmed up and his performance during the training period just confirmed what others had said about him. I desperately wanted him as deputy station leader for the year but when I put it to him, he was reluctant to take it on preferring, in his usual modest manner, to do his own – quite demanding – job as construction foreman, look after the Husky dogs and just be another member of the crew. It took a fair bit of coaxing to win him over but eventually he agreed to take on the role.

The Bear acted as station leader for two months when I was away on the autumn traverse and on other occasions when I left the station. I don’t doubt that things ran smoother than if I’d been around. To be able to leave the station confident in the knowledge that things would run OK meant I never had to agonise over whether I should go out on a field trip.

Mawson 88 was a busy year, with an ambitious field biology program studying emperor penguins at Auster rookery 75 km away from the station during the winter, tractor train traverses to the Northern Prince Charles Mountains, a major station rebuilding program as well as the normal science and maintenance programs all of which Bear contributed to. As construction foreman he dealt with endless frustrating problems in his usual calm and controlled manner.

During his three winters at Mawson he was also the “Dog Man” and was passionate about the dogs. It was owing to him that the dogs were healthy, well-trained and disciplined.  He maintained the dog sleds – even built a “Greenland” sled – and repaired harnesses and other sledging equipment. As a result, many Mawson expeditioners have fond memories of dog runs with Tony.

We were together again for a short while during the 1991/1992 summer at Macquarie Island. I’d wintered there during 1991 and Bear was wintering the following year. He came in on the first ship so the 1991 crew enjoyed his company until changeover. It was such a pleasant time. I remember one Sunday morning Tony and I watched the opera “Turandot” in the video room at Sealers Inn (which was always deserted on a Sunday morning) working our way through a bottle of Penfolds St Henri claret (as it was known then) and a plateful of tasty cheese and biscuits.

He was also a talented artist who made many contributions to station yearbooks and other memorabilia. He designed the fabulous Mawson 1988 logo which appeared on letterhead and envelopes and was made into a rubber stamp (that still gets used).

Beyond the Antarctic we had a shared interest in motorbikes and other things like travel and fine wine  – especially SA wine. Several years ago I asked his opinion on what sort of new motorbike I should buy and he said “Phil, there’s only one motorbike for you, and that’s the the Kawasaki W800”. It was a brilliant choice; he knew my tastes, my limits, and what would suit me best. I love the machine and it will always remind me of Tony.

Many tributes have arrived from Bear’s ANARE colleagues but I’d like to conclude with this one from Col Evans.

To Tony “The Bear” Everitt.

The coolest dude that ever set foot in the Antarctic.

Thanks for all the memories mate.

Rest in peace, the huskies are calling…….. 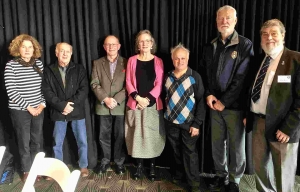 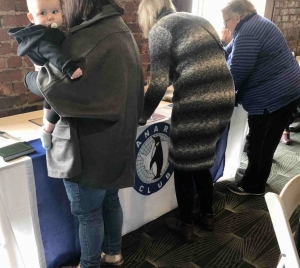 I summered at Mawson 84/85 with Bear as part of the Australian Antarctic Rebuilding Program.

An incredible person. He contributed so much to what was an unbelievable enjoyable summer down there.

I still have the fabulous photo of the construction crew with the Husky in sunglasses, picture of the Queen upside down(which we got in trouble for), and of course Bear with his Mohawk hair cut!