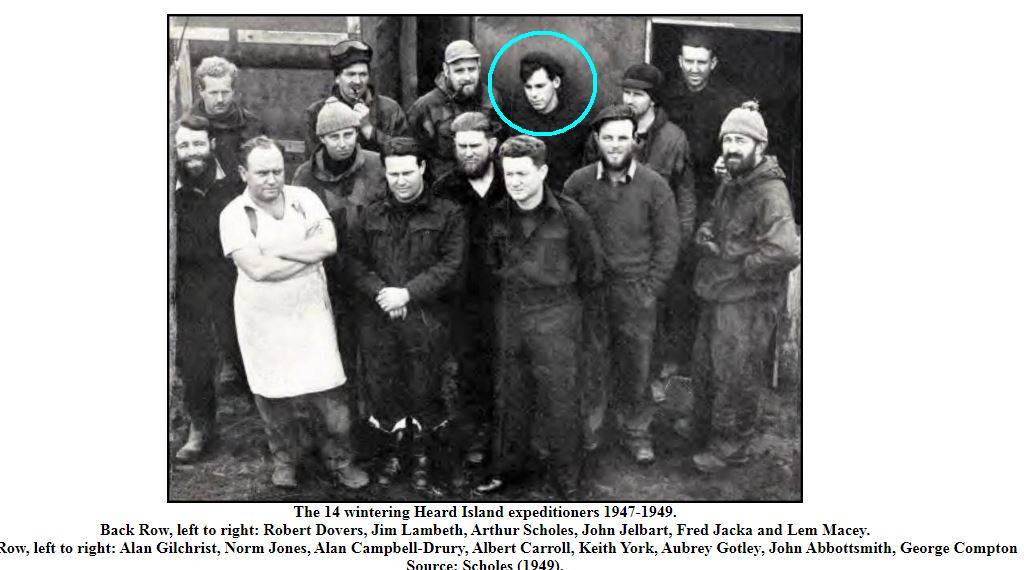 The President and Members of the ANARE Club remember and pay tribute to the passing of John Ellis Jelbart, Cosray Physicist, ANARE Observer with the Norwegian, British , Swedish Antarctic Expedition, who tragically lost his life with two other expeditioners (Bertil Exstrom Sweden and Leslie Quar UK) at Maudheim on 23 February 1951. Educated at Ballarat High School and Melbourne University, John was a member of the first ANARE expedition to Heard Island in 1947-48. His life and times have been honoured with the posthumous awarding of the Queens Polar Medal and the Maudheim Medal by King Haakan VII of Norway. His name is commemorated as the Jelbart Iceshelf (Queen Maud Land) and Jelbart Glacier in AAT, the Jelbart Lava Tongue on Heard Island and also recorded on the ANARE Memorial Plaque in St Pauls Cathedral,Melbourne; at Ballarat High School and Queen’s College University of Melbourne and as a Street name in the suburb of Mawson, Canberra.

The whereabouts of John’s medals is unknown and the Club is keen to receive any information. 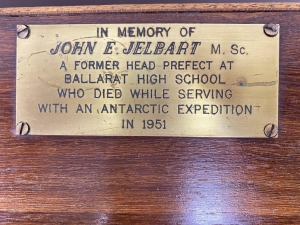 A tribute to John Jelbart at the Ballarat High School Library