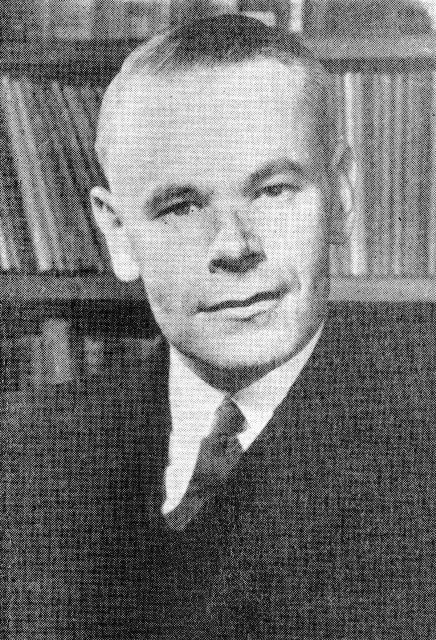 A copy of his presentation at the launch of Bernadette Hince’s book, Unique and Unspoilt: A Year among the natural wonders of Heard Island, at the National Library of Australia on 23rd March 2011.

The Presentation:
“At Heard Island ANARE base in 1953, Saturday night was “Ding Night”: a time to mark the end of the week.  John would issue the weekly allowance of chocolate, tobacco and cigarettes and two bottles each of Fosters Blue Label Export beer.

In the cosy octagonal Mess Hut, Dick McNair would produce something even better than his usual good food, and John would, especially if it was a celebratory “Ding”, put out bottles of table wines. If it had been a really tough week, or if it was a particularly celebratory occasion, the keg of O.P. navy rum was opened and dealt out with great care.

The “Dings” were usually convivial affairs, and generally capped off with a showing in the Recreation Hut of one of the many 16mm copies of commercially made movies.

Some films were shown again and again and parts of the dialogue became part of the Heard Island patois, with the comments addressed to the actors often more entertaining than the original script.  Well, some of us thought so!

One of the most entertaining films (in my book anyway) was “Weekend at the Waldorf”, a 1945 remake of the famous 1932 “Grand Hotel”. Instead of Garbo, Crawford and the two Barrymores in the Grand Hotel, the Waldorf had Ginger Rogers, Lana Turner, Walter Pidgeon, Alan Ladd, and the wonderful Carmen Miranda singing with Xavier Cougat and his orchestra.  Great stuff.

But the point of all this waffle is to get around to talking about John.

One of the quotes from the Waldorf was when Walter Pidgeon, after spending the evening in Ginger Rogers’ apartment (she had locked the door to her bedroom) said, “You know, one of the good things about film stars is that you can look them over on the screen first.”

Now, it might be stretching it a bit to make the comparison, but I had had the opportunity to look over John, as it were, well before having him as an Officer in Charge (O.I.C.) of an ANARE base.

In 1934 the Principal of Geelong College, Rev Francis Rolland M.C. decided that the boarders at the school needed a place where they could enjoy spending their spare time profitably, but he had great trouble in finding a suitable man to run it.  He wanted a qualified teacher who was multi- skilled and not lacking in charisma. After a fruitless search here and overseas he asked Prof Brown of the Melbourne University Faculty of Education and he came up with a John Bechervaise who was recovering from blood-poisoning  after a science experiment went wrong in his one-teacher school at Mt Eccles.

The school is now a private house, but I was invited in when I mentioned that I knew John, for he was still remembered by some in the district as the young eccentric teacher who converted the loft above the classroom into his living quarters, from which he would descend like Moses coming down from Mt Sinai with the latest news from God.  Lorna Fearn Wannan, whom he later married, was the daughter of the head teacher in a nearby school in “them thar hills of south Gippsland.”

Well, John got the job at the College, but made it a condition that his new bride, Lorna, would also be employed at the College kindergarten even though it meant the sacking of the young teacher recently appointed to the position. Then, after two fruitful years in putting Rolland’s vision into practice, John applied for study leave in England and he and Lorna left for Britain.

I arrived at the College three years later as a young eleven year-old and took to John’s leisure centre like the proverbial duck to water. I only heard about the man with the funny name who started it, but I was glad he had.  John had left behind a thriving recreation centre which was named, “The House of Guilds”. Each Guild had a senior boy who was responsible for the day to day running of his Guild. The master in charge was named “The Warden” and he was assisted by a senior boy, the Sub-warden. That was my position when John returned to take up the reins again.

Lorna had returned to Australia,  just prior to the outbreak of WW2, with their first child, Elizabeth, but John, having taken up studies at the Courtold Institute of Fine Art, did not return until 1945 when Rolland suggested that  his study leave had gone on long enough and that he must return.

He returned with a beard and was immediately called Mr. “Bushyface” by the students. But he had not only grown a beard; he had also become imbued with the Schoolboy Exploration Movement in Britain.

The Ramblers Guild soon became the much grander-sounding “Geelong College Exploration Society” and was open to past students and Friends of the College. Its aims were set out in a Walkabout article entitled Where Roads End.

The society made front page news and headlines in the summer of 1946/47 with the first natural history survey of Rodondo Island in Bass Strait. The interest was that the flora and fauna were that of the land link with Tasmania. It had been isolated for twenty thousand years. Articles in Walkabout and Crosbie Morrison’s Wildlife followed.

Typically, John used the publicity to finance the purchase of two Ford 15cwt “Blitz” vehicles. John fancifully called them our Seven League boots. With them an attempt was made to reach the Three Great Tors of Central Australia. Within sight of Ayers Rock (as it was then called) we had to turn back because the virtually trackless area had become waterlogged by the heaviest rain in years.   Once again John published accounts of the trip in Walkabout and Wildlife. Plant and insect specimens were lodged at the Melbourne Museum and Herbarium.

John’s last trip with the Exploration Society made the first ascent of Federation Peak in S.W.Tasmania. He then joined the staff of Walkabout.  I had been able to assist him with many of his ventures.

He was a good companion; especially when the going was tough, and had a happy tendency to burst into song when the mood took him. I remember one time down at the Prom: we had been walking for thirty hours and were being battered by driving wind and rain when he began roaring out Masefield’s Laugh and be Merry.

“Laugh and be merry, remember, in olden time  God made heaven and earth for the joy he took in a rhyme Made them and filled them full with the strong red wine of His mirth, The splendid joy of the stars, the joy of the earth.”

We sang a lot on John’s trips.  I used to wonder where he had learned all the songs until I found many of them in my 1949 Melbourne Teachers’ College handbook. Things didnâ€™t change too rapidly in State Education those days; John’s handbook would have been of the early thirties variety.

I was never in one of his classes at Geelong College, but I do remember that when we were studying Browning, he was invited to talk to our English Lit class about Andrea del Sarto and Fra Lippo Lippi. He was a very good lecturer; always well acquainted with his subject. He also loved the sound and nuances of the English language and was blessed with a strong and pleasant voice.

When I was at the Melbourne Teachers’ College in 1949 John was conducting a series of travel lectures in the old Melbourne Museum. I acted as door-man and general hand. One evening we had the newly appointed Director of ANARE, Philip Law, speaking about his work. (His father was principal of the Teachers’ college at the time.) At the end of the lecture, John and I told him that we would like to go to Heard Island and have a crack at climbing Big Ben. Three years later we joined the 1953 Heard Island Expedition with John the Officer in Charge.

Expedition work is mainly just doing the day to day tasks, some of which have to abide by international schedules. The O.I.C is expected to provide a smooth-running base routine with meals, rest periods, medical support, and entertainment and so on, so that the expeditioners can carry out their work.

John has been described as a strong-willed and meticulous planner on paper, almost to the point of distraction for others. Another described him as ruling by the public notice board, but he was successful. Perhaps the fact that four of the Heard Island 1953 expedition went down to Mawson with John in 1955 tends to confirm that.

That was our last expedition together and I’ll finish with a story about it.

Before WW2 the ship, Wyatt Earp, from the Ellsworth-Wilkins Vestfold Hills Expedition was left at Adelaide and eventually taken over by the RAN. The contents were put into Bond Storage but much was eventually released and found its way down to Mawson.

One evening – I think it must have been in summer – John called me over to his office. “Look what I’ve found in the Wilkins stores.” It was Rye whiskey bottled in the U.S.A. during the Prohibition era.  Bootleg grog!

It was real firewater, (we found that we could light a primus with it) but we were abstemious enough to enjoy a good old yarn about our times together without getting beyond the mellow stage. I remember something about Centaurs entered the conversation and, years later, I received in the mail a drink coaster depicting a centaur. On it John had written, ‘Remember the Night of the Centaurs?’ Good old John!…