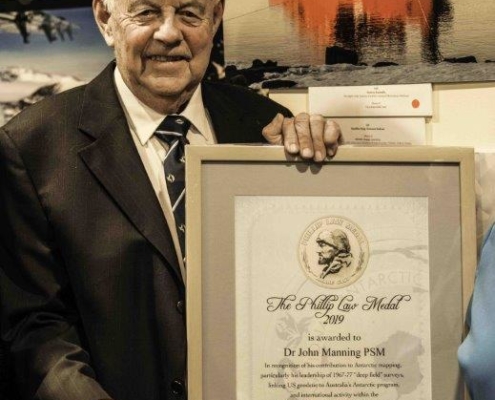 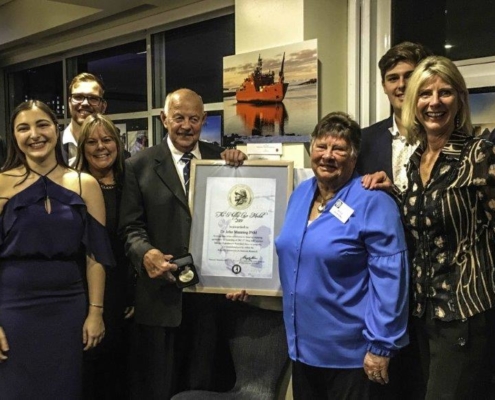 John has had an ongoing and enthusiastic involvement in Antarctic mapping, geodesy and science since he first wintered at Mawson in 1967. He was the leader of the National Mapping teams that undertook very successful “deep field” survey and aerial photography programs in the Prince Charles Mountains in 1967/68, 68/69, 70/71, 71/72 and 73/74 and in Enderby Land in 1975/76 and 76/77. These survey programs often involved working in difficult field conditions, and John was well-known for always taking responsibility for the most difficult field sites unto himself. He has also been involved in field surveys in the sub-Antarctic with three visits to Heard Island (including the first-ever occupation of McDonald Island) and Macquarie Island.

John has also been active in forging international links for the Australian Antarctic program, including the involvement of US PAGEOS geodetic survey teams at Australian stations in the late 1960s and he was an invited surveyor with the United States Geological Survey in 2002. At the international level John was also very active within the Scientific Committee on Antarctic Research (SCAR) and became Chair of the SCAR Working Group on Geodesy and Geographic Information from 2000 to 2002.