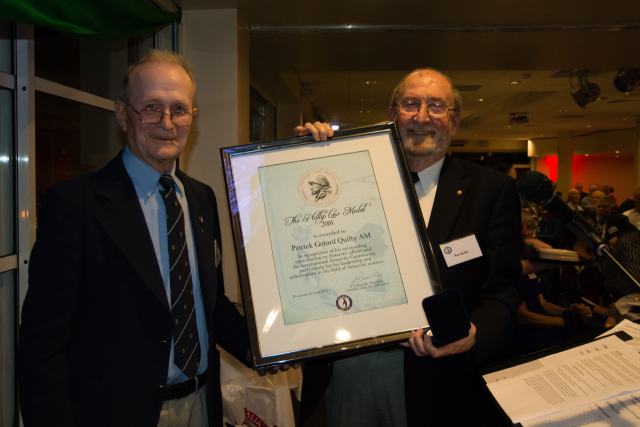 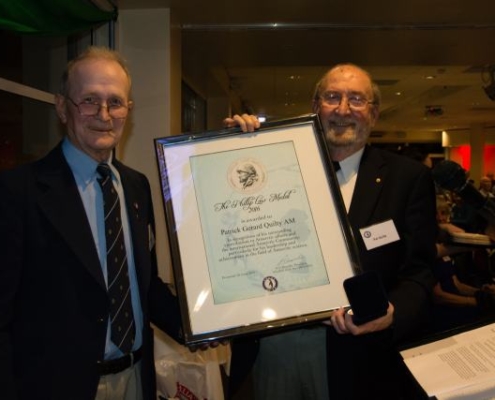 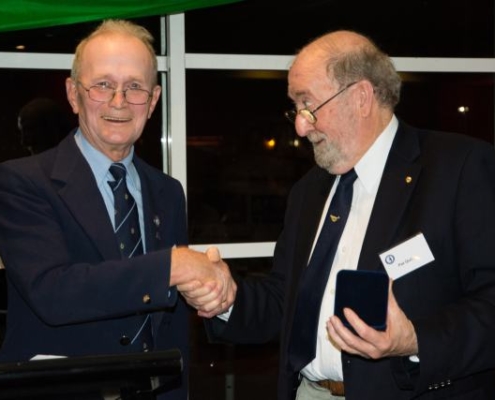 The Phillip Law Medal for 2016 has been awarded to Professor Patrick Quilty.

Patrick was presented with his medal at the Hobart Midwinter Dinner on 18 June 2016 by the Anare Club President, Mr Neil Brandie.

Dr Law was the founding Director of the Australian Antarctic Division, a position in which he served from 1949 until 1966. He was a major influence in Antarctic affairs as a leader, explorer and administrator.

The medal is awarded to an individual who has made an outstanding contribution to Antarctic Affairs and the Antarctic community. This may include, but is not restricted to contribution in the areas of science, technology, leadership, administration, environmental management, the promotion of tourism, or the raising of public awareness
It gives me great pleasure to announce that the winner of the 2016 P. G. Law Medal is:-

Pat Quilty is an Honorary Research Professor at the University of Tasmania, School of Earth Sciences and Institute of Antarctic and Marine Sciences.

Pat first visited Antarctica in 1965-1966 as a field palaeontologist with the University of Wisconsin Ellsworth Land, Antarctica. He has since made numerous other working trips south including 3 summers in the Vestfold Hills (investigating fossil whales that he discovered in 1989), and his participation in 3 ANARE marine science voyages.

Pat was a leader of the Australian Antarctic Division science program for over 18 years (December 1980 till March 1999). He served as the Deputy Director (Research), Assistant Director (Science) and as ANARE Chief Scientist. During this period he was very active in international Antarctic leadership, serving as a vice-president of the Scientific Committee on Antarctic Research (SCAR) for 4 years (1994-1998) and chairing the organisation of the XXth meeting of SCAR in Hobart in 1988, as well as symposia on the Vestfold Hills (1984) and Macquarie Island (1987).