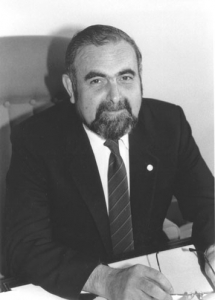 Neil Streten was a man who loved wild places. He died in Melbourne on 28th August 2012. Neil retired as Deputy Director (Services) in Jan 1997 after 46 years with  the Bureau of Meteorology. He was made a Member of the Order of Australia in 1998 for services to meteorology. He was respected chair, for 14 years, of WMO’s working group on Antarctic Meteorology, which was Neil’s most passionate scientific interest. There is part of Antarctica that will be forever Neil: Cape Streten – an ice cape on the north-eastern part of Sakellari Peninsula, Enderby Land

Neil wintered at Mawson in 1960-61 and  returned to Antarctica on round trips in 1980 and 1993 and he also worked in Alaska. Neil’s ashes have been taken to both Mawson and Alaska.