DINNER
On 7 September, 2019 in Hobart, Tasmania, a commemorative Dinner to honour the Mawson expeditioners, 1954 -1965, was held on the occasion of the 65th Anniversary of the establishment of the Australian National Antarctic Research Expedition (ANARE) Station at Mawson, 13 February, 1954.

271 Guests attended including 35 of the very early veterans (1954 – 1965) as well as family representatives for 10 others. Many later year and current expeditioners were also in attendance along with other interested persons with some association to Mawson.

VIDEO OF DINNER & ARCHIVAL VIDEO SHOWN AT THE EVENT NOW POSTED ON CLUB VIMEO SITE
Relive the complete event or if you didn’t attend, find out exactly what went on at the Celebration. The event was recorded by Alan Ryan & Ian Toohill, then Alan edited it – it runs for 2hr 40m but it’s posted in chapters so you can dip in and out at leisure. It is in the same album called “MAWSON” as the mute 3 hour Video Compilation (shown at the event). In addition many other videos taken during the early years around Mawson, including ones taken in the Prince Charles Mountains & on the Amery Ice Shelf are also available for viewing here. To watch all the videos go to https://vimeo.com/anareclub/albums

Dr John Manning PSM spoke about the Exploration of the Mawson Area â€“ the Prince Charles Mountains, Amery Ice Shelf & Enderby Land. John’s work in Antarctica from 1966 included field survey activities during 11 summers, and one winter season (M67) as well as several visits to sub-Antarctic islands. John also worked as a National Mapping field surveyor and survey field party leader in remote areas of Australia during the late 1960s and early 1970s. Later he undertook senior manager roles in Nat Map, the Australian Survey Office & Geoscience Australia. In the 1980’s he was awarded a Masters degree for a study on the environmental management of Heard & McDonald Islands, An MBA from Monash and later a PhD for research on the shaping of Australian Antarctic policy. John is well known internationally as a Surveyor and as a contributor to Antarctic Mapping & Exploration. He continues as an active Member of the ANARE Club, having served on Federal Council and been National President in 1974. He is currently in the process of documenting the work of Surveyors and Expeditioners from 1954. John was awarded a Polar Medal in 1969. 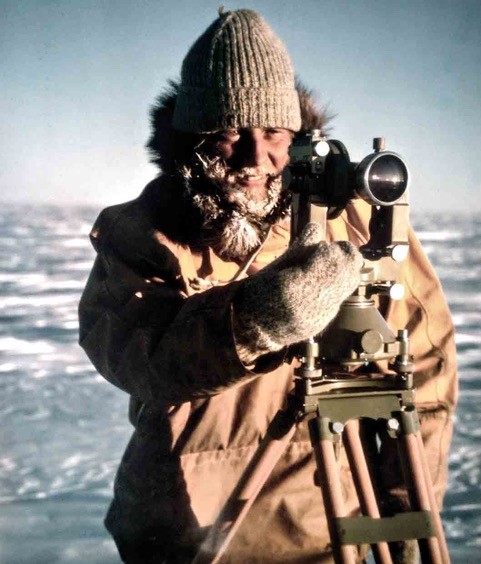 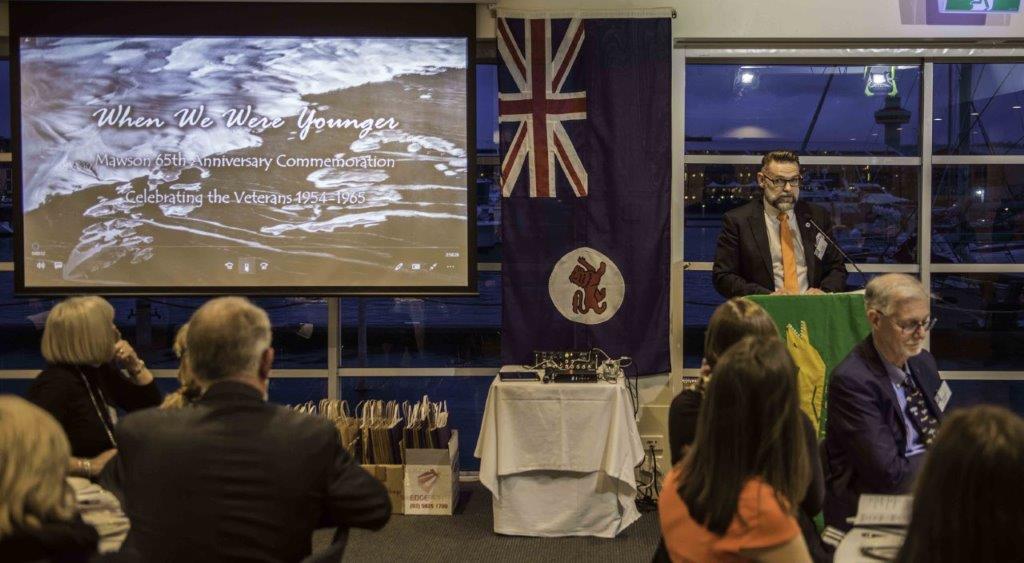 Rob Bryson discussed Antarctica & the Future of the Antarctic Treaty System. With a naval and business development background, since 2001, Rob has undertaken a number of roles with the Australian Antarctic Division (AAD) in areas such as strategic development, policy and operations. Rob is currently the Modernisation Program Manager for the AAD, and is responsible for developing the future logistical, infrastructure and workforce capabilities for the Australian Antarctic Program. He has participated in nine voyages to Antarctica in a number of capacities including five as AAD Voyage Leader.

PHOTOGRAPHIC EXHIBITION, ARCHIVAL VIDEO & BROCHURE
The evening began early with guests arriving about 4.30 pm to view the photographic exhibition of images old and new, displayed on the walls of the Hobart Function & Conference Centre rooms. These were prepared by David Parer from the AAD archives and other images kindly contributed by past & present expeditioners. During the evening a 3 hour video played continuously (mute) on three large screens. This was compiled by Alan Ryan from 40 hours of AAD & other footage with captions. An 84-page colour brochure for the tables, prepared by Liz Parer-Cook & David Parer, outlined the history of Mawson and listed the wintering parties from 1954 – 1965 with a brief CV of each veteran and many images of life at Mawson, the PCMs & the Amery featured. 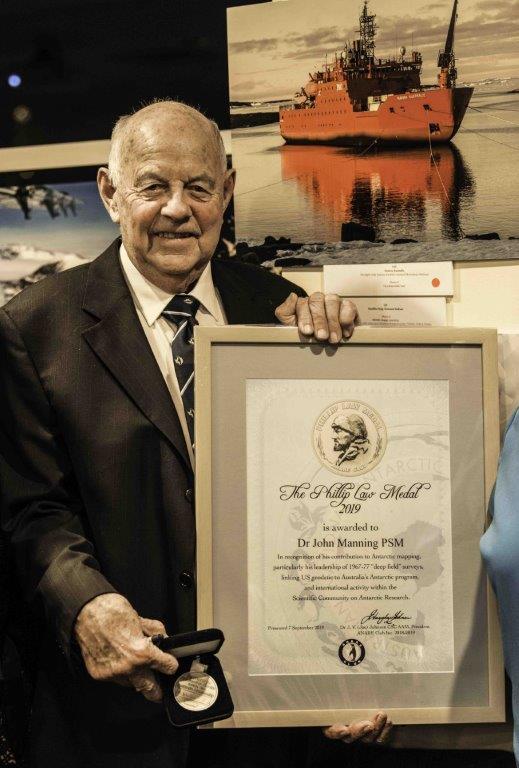 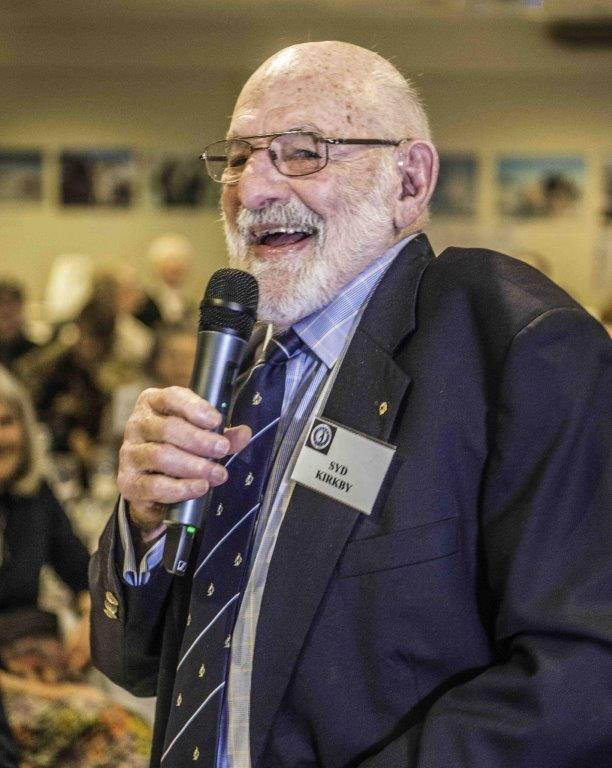 VETERANS ANECDOTES
Veterans briefly recounted reminiscences of their time around Mawson. They each received a show-bag which contained a book & a print of their year group & there was much laughter and camaraderie, epitomised by the presence of so many older veterans, some of whom hadn’t seen each other for fifty or more years.

RAFFLE & AUCTION
There was a raffle and an auction, run by Trevor Luff, with some great donated prizes, including a large oil painting of Huskies on Ice painted especially for the event by Neil Roberts, a 12 hour scenic flight over Antarctica for two persons with “Antarctica Flights”, prints of the Nella Dan, from the Queensland Branch of the ANARE Club and special commemorative stamps (prepared by David Dodd). A number of sketches, photos, books, commemorative stamps and wine was also raffled. Thanks so much to all the people who donated items & to â€˜Antarctica Flightsâ€™ for their generosity.

MERCHANDISE & CONTRIBUTORS
Merchandise was created to help self-fund the event, including A4 archival-mounted prints with certificates of authenticity & books “Antarctic Sundays” & “Douglas Mawson – The Survivor.” A dozen or more money donations, lots of merchandise sales and the proceeds from the raffle & auction enabled the event to end up in the black. We especially thank Dick & Pip Smith for their very generous donation, & also George Cresswell for his. Thanks to Dr Jenny Scott & Beverly Adams for manning the merchandise table so ably. 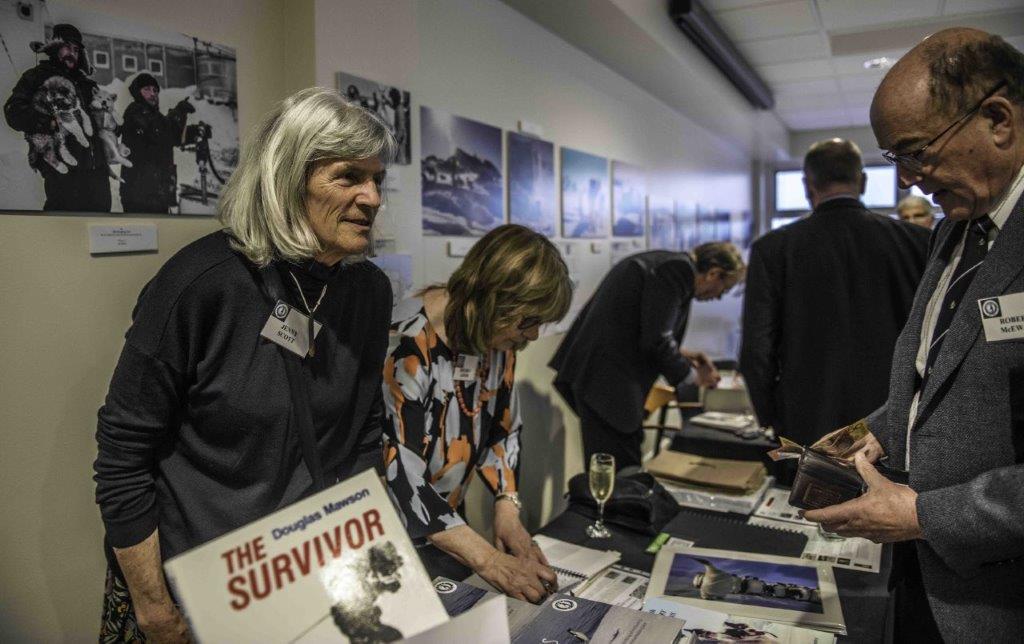 THANKS
Special thanks to Kim Ellis, Director of the Australian Antarctic Division, for allowing us to access archives, maps & images and to his staff for welcoming the veterans to the AAD presentation on Friday 6 September. And to Eliza Grey for coordinating their tour of the Aurora Australis. Also, to the previous Director, Dr Nick Gales for his support of the ANARE Club. Tess Egan, Library Manager, AAD, was especially helpful in searching out a broad range of historical material for us, including group photographs from 1954 -1965. Also thanks to David Smith, Australian Antarctic Data Centre, AAD, for providing a wide selection of maps of the Mawson area; to Dr George Cresswell for help finding satellite images; to Dr Des Lugg whose knowledge of all things Antarctic is invaluable; to Prof Ian Allison, Max Corry, Ian McLeod, and also to John Manning, Bob Jones, Narelle Campbell, Mike Craven, Ivor Harris, Bob McEwan, Ian Bird & George Cresswell who have contributed historical information; thanks to our speakers: John Manning & Rob Bryson, and to the veterans and their families who have journeyed from the far corners of Australia & overseas – for their participation & contributions, without whom such a celebration would not be possible.

Thanks to Trevor Luff for organising the auction & raffle, Geoff Payne for setting up this website and the links, to Peter Field for posting this, to John Gillies for doing the nametags & to all those who helped run the event on the day. In particular, our thanks for the whole-hearted support of Dr Joe Johnson, President of the ANARE Club, the National Council & the Tasmanian Branch throughout the planning stage of this event.