Remembering the Loss of the NELLA DAN -35 years ago, Christmas Eve 1987 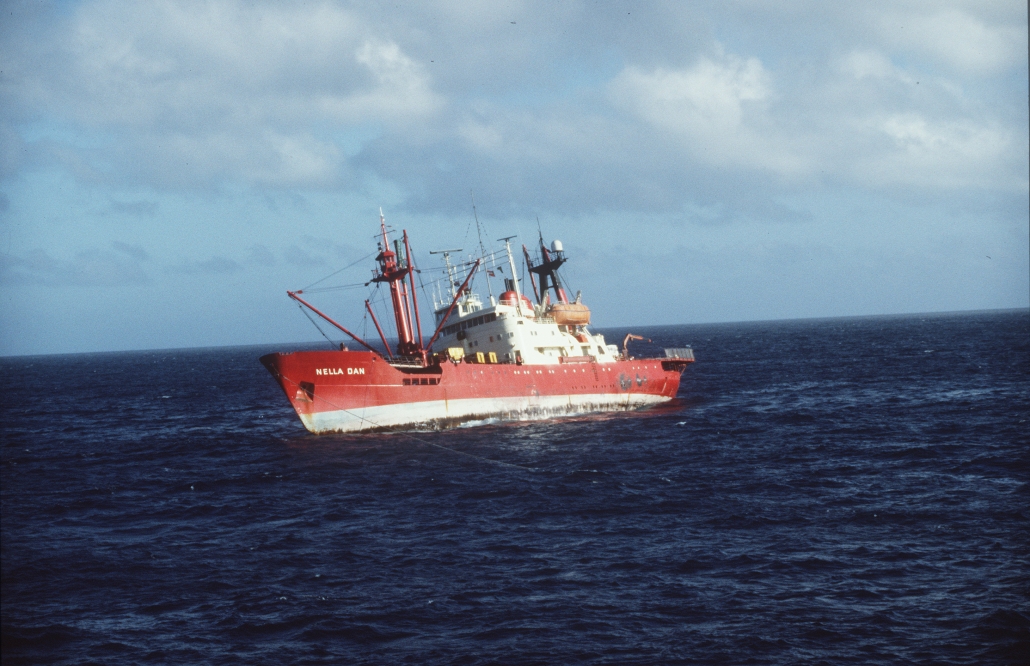 Ships are inanimate things, but to those who crewed them and to the generation of ANARE expeditioners who sailed South in those little Red Dan ships, the grounding and subsequent scuttling of the Nella Dan at Macquarie Island on Christmas Eve 24 December 1987, carry so much emotion, that today on the 35th anniversary of the events surrounding the Nella’s loss, are still deeply remembered.

Not only was this little polar ship widely known to all Australians, but it brought to a close a 34 year proud association of J-L Lauritzen’s ships with ANARE, firstly with the Kista Dan which re-supplied Macquarie Island in December 1953 and then went on to established Mawson in January 1954), followed by the Magga Dan and the Thala Dan and finally with the Nella, which faithfully delivered the annual resupply to our Stations and brought home returning expeditioners.

The events at Macquarie Island from the Nella’s initial grounding on 3 December to her eventual scuttling out to sea East of the Island on Christmas Eve, were charged with high drama and emotion as the grounding unfolded before the eyes of the returning Marine Science expeditioners and the Icebird and Macquarie Island parties.

An opportunity to remember the contribution which the Dan ships made to Australia’s presence in Antarctica during those three decades, will take place in Melbourne in December 2023 at the proposed ‘Seafarers Rest’, a public park – part of the re-development of Melbourne’s North Wharf Precinct and the Yarra Northbank Promenade. The ANARE Club is part of a consortium associated with the erection of a Dan Ships Memorial to be unveiled in the Park on the 70th Anniversary of the Kista Dan’s first arrival in Australia . Further information will be provided to members in the New Year.

All images are courtesy of the Australian Antarctic Division

Season’s Greetings from The Hon Tanya Plibersek MP, Minister for the Environment...

Merry Christmas from the ANARE Club
Scroll to top