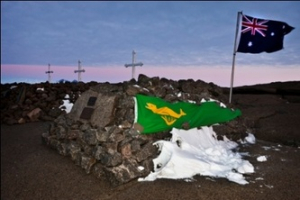 The Club has received the sad news from Jan, “I have just read in today’s Hobart Mercury of the death of Jack Sayers on Saturday, 21 January.”

Jack first came to the Antarctic Division as the Chief Engineer in the mid 80’s. He went on to become Assistant Director, Expeditions and Operations.