John O’Shea phoned Lorraine and I this morning to inform that our old pal, Narra, passed away in the early hours of this morning, Wednesday 20 October,  at Tamworth Hospital, and asked that all be notified. Please pass on if you will.

Narra took ill at the weekend at was admitted to his little local hospital at Bingara, Northern NSW. He was fairly quickly transferred to the larger, Tamworth hospital the same day, and remained there in their high dependency unit.

Even in that time he made an impression on the nursing staff, and we were told by one young nursing sister what a fine, gentlemanly chap he was.   John and I were in touch with him while in hospital. John spoke to him on Monday.

Narra was a great friend to us – a Gentle Giant with a great deal of generosity, and a kind heart. We will miss him sorely. 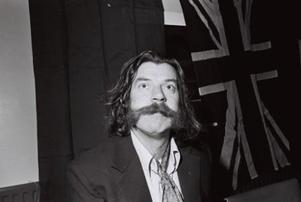 Narra – photo by Werner Haymann
Narra. Photo by Werner Haymann.
Words can’t express my sorrow on reading this. Narra and I formed a unique relationship over the last few years exchanging e-mails on a regular basis. Quite simply Al, they don’t make them any more like Narra. At least he got to see Collingwood win a premiership and he was estactic about that.
Another silent keyboard.
Noddy Fletcher

‘…Sad to hear about Narra . He was a great character. Met him on the Nella enroute to Mawson 75 and he certainly made his presence felt and gave the new chums a memorable introduction to Anare culture. A character  as big as his stature – its a bit like another Nella sinking .
Regards to all 75’ers
Russell  Marnock aka Mad Dog