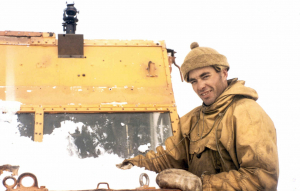 Roger Brown has advised that his father Duncan Alexander Brown (Alex) passed away on Thursday April 14. Alex was Radio Operator on Macquarie Island in 1956 and Mawson in 1958 and Radio Supervisor at Davis in 1961. He carried out research on Snow Petrels at Mawson and Davis. For many years he was proof reader of Aurora for Malcolm Kirton and later John Gillies. Alex provided the ANARE years of his autobiography to the Tasmanian Museum and Art Gallery along with items of ANARE clothing in recent years.Email received from John Gillies 17 May 2020
https://www.anareclub.org/wp-content/uploads/2020/07/ANARE-Club-logo-Web-1.png 0 0 anareoffice https://www.anareclub.org/wp-content/uploads/2020/07/ANARE-Club-logo-Web-1.png anareoffice2020-07-24 04:31:152020-07-24 06:02:04Duncan Alexander Brown
Dr Peter Nickolls George Seidl
Scroll to top