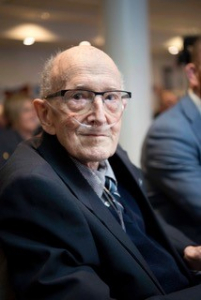 Bruce Cook – Geophysicist Bruce graduated BSc. from the University of Sydney in 1953. He joined the 1956 Macquarie Expedition from the Bureau of Mineral Resources to make geomagnetic and seismic observations, and filled the same role in the Mawson 1958 party. In 1967 he joined CSIRO in Canberra, developing pioneering digital mapping software, leading to a land information system used extensively in a major CSIRO land use study. In subsequent projects he experimented with the digital classification of streamflow and rainfall data. Bruce was active in a CSIRO union, eventually becoming President. He retired in 1991 and for 21 years was a voluntary guide at the National Gallery of Australia. He was awarded a Polar Medal in 1961.