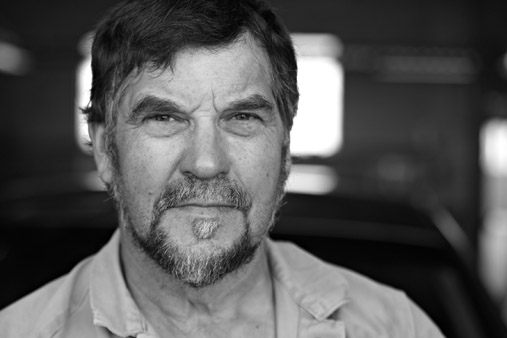 SOME OBSERVATIONS ON ‘ICEBIRD’ VOYAGE 3 TO CASEY AND MACQUARIE ISLAND

I was privileged to be selected by the ANARE Club to represent it on a voyage to Antarctica in November 1992 and to occupy the berth generously offered to the Club by the Antarctic Division each year.

It is 10 Years since I wintered at Casey and the changes I observed are dramatic. These changes range from the way cargo is handled to the working and living conditions at the station. Conservation and environmental protection practices are ingrained in all expeditioners and the crew of Icebird. Station and individual safety measures are detailed and strongly enforced. Field trdaining is part of the indoctrination process and movement restrictions are placed on voyagers who havn’t received such training. Search and Rescue operations can be rapidly put into action with a dedicated SAR vehicle and crew always at the ready.

The working environment for all expeditioners is of the highest standard. Speaking as an old Dieso, the workshop has been designed and constructed with the needs of the engineer in mind. Doors open and close without the need of a crowbar and brute force or the need to shovel away tonnes of snow. There is plenty of room inside to work on the largest vehicles. The days of trying to service and repair vehicles in the open air have thankfully gone.

Living  accommodation is first class verging on ‘over the top’, but today expectations for creature comforts are so much greater than in my day. Dongas are spacious, comfortable and fitted with all mod-cons. The station hospital has a true hospital feel about; it is fully equipped for all types of surgery and contains a diagnostic laboratory and a dental surgery.

Macquarie Island
Macquarie Island station, on the other hand, has changed little since my year there in 1997; improvements have been subtle tho’ practical, and without major visual impact on the island. It is unfortunate that we have to fence off areas and build specific walking tracks but if that is the only way we can keep tourists in line and control erosion so be it. The station buildings are now clad in treated pine which enhances their appearance while providing a durable and maintenance free cover. It is a relatively inexpensive means of extending the life of the buildings. In the past the greatest eyesore on Macquarie Island was the fuel farm – a disorganised mess of tanks and pipes and potentially environmentally dangerous. It is difficult to merge a fuel farm into the surroundngs and make it look part of the natural backdrop, but the present configuration is neatly set out and environmentally friendly in that buildings surround the whole area to contain any oil leakage.

Environmental awareness
I would like to comment on the attention to environmental preotection shown by the crew of Icebird; three relatively  trivial incidents but illuminating all the same. Firstly a ship’s officer ferrying expeditioners ashore in the ship’s boat lights a cigareette on deck, goes inside to put the dead match in a rubbish bin instead of throwing it over the side. During the night unloading stops except for discharge of fuel. Not many people about apart from two crew members who are operating the fuel barge. A fuel hose connection was dripping oil, or more precisely sweating out a drop of oil every few seconds. Nevertheless the crew member called for a bucket to catrch the drips; an unprompted action because there was no one around to pick him up on it.

On Macquarie Island I was one of a small  group walking down to the Nuggets for an afternoon. Three of the ship’s kitchen staff were in the group and, being smokers, carefully extinguished their cigarettes nd put the butts in their pockets to return to the ship. As I said, trivial incidents but heartening to observe.

Referring to the old Casey station; it will have been completely wiped off the face of the earth by time this issue of Aurora comes out. What is more the site will be returned to its pre-1965 condition with the original rocks and boulders replaced where possible. Prior to 1992 old Casey had been dismantled up to the auroral laboratory which was operational last year. During the summer all the auroral equipment was transferred to the new science building and the rest of old Casey was removed.

Antarctic Research Funding
Most of the scientific research and data collection in Antarctica has been and still is conducted by government departments that are component parts of ANARE (i.e. Antarctic Division, Met. Bureu, BUROMIN, etc) In addition, the Australian Government provides financial and material assistance to individuals and research groups who are not part of those departments but wish to carry out science research programmes in Antarctica. This assistance is provided through the Antarctic Science Advisory Committee (ASAC).

The criteria by which resources are allocated have been detailed in Antarctic Science – the Way Forward (Department of the Arts, Sport, the Environment and Territories, June 1992). The first priority is for research that has scientific and practical importance and can only be conducted in Antarctica, the sub-Antarctic or the Southern Ocean. It is primarily concerned with global and regional change (particularly climatic change), the management of the marine ecosystem, and the protection of the Antarctic environment.

Second priority is given to research on uniquely Antarctic, sub-Antarctic or Southen Ocean topics which support the areas of  first priority research (such as biology of Antarctic plants and animals). Third priority is for scientific studies for which the Antarctic is an essentrial or particularly convenient location. ASAC in The  Way Forward recommends that the Australian Antarctic science programme be restructured into six discipline-based key area (sub-programmes). These are atmospheric sciences, biological sciences, glaciology, oceanography, geosciences and human impacts.

The list below shows the relationship between the old priority area/sub areas and the relevant disciplines:

** Convention for the Conservation of Antarctic Marine Living Resources.

The major objectives of each of the sub-programmes have been detailed in Antarctic Research Priorities for the 1990’s: a Review (ASAC Report 1991) and Antarctic Science; the Way Forward and were summarised in Aurora of December 1991

Applications for ASAC research grants are assessed by AREG (Antarctic Research Evaluation Group)  on the following criteria;
the application
– is compatible with ASAC’s research priorities;
– is of high scientific merit;
– is well planned to demonstrate achieveable objectives;
– has clear, well defined objectives;
– is capable of being undertaken i.e. the facilities and infrastructure exist and can be made available;
– is to be conducted by a chief investigator with a proven track record;
– the proposal has been well prepared in terms of liaisons and background literature searches.

The proposal is then rated on a scale of A+ to C in each one of the above criteria. The total rating for a proposal then follows it down the line from funding and resource allocation to ship time to field operations in Antarctica. Obviously top rating proposals get priority over lower ratings. Last year ASAC disbursed approximagtely $510,000.

Psychological Test of Expeditioners
During the past 30 years, applicants for expedition jobs have been through psychology assessment as part of the pre-selection process. These have been conducted by psychologists from the Australian Army, acting as consultants to the Antarctic Division. The Army was originally invited to conduct these assessments by Phil Law when he was Director of the Antarctic Division; the Army being experienced in selecting people for hardship postings and, conveniently, had offices in all capital cities. Phil’s objective was to derive the psychological profile of the ideal explorer. (I wonder if there is any such person).

The preselection assessment consists of a questionnaire form and an interview. The psychologist then makes a recommendation to the Antarctic Division, which is not bound to accept it.

On Voyage 3, 1992/93 season, Army Psychologist Lt. Col. Ian Johnston was aboard Icebird to conduct follow-up interviews with expeditioners returning from Casey. This follow-up procedure has been going on for six years now but more data is still required to improve the selection methodology. In addition Col. Johnston ran “reintegration into Society” workshops to help expeditioners cope with the cultural shock of returning to civilisation.

The follow-up interviews can also act as a defbrifing, when an expeditioner can, in confidence, tell an independent third party some things that would not normally be reported back to the Division. Some expeditioners see this as a “dob in your mates” exercise and object to being interviewed. But, as stated, the interviews are in complete confidence and go to improve the selection process, and to help reduce some of the morale lowering factors in station life.

In concludion, my gratitude to the Antarctic Division for the chance to see my old stamping rounds again. I hope that in this article and in subsequent ones in future Auroras I am able to tell Club members something of the work the modern ANARE is doing down south. As Club representative on this voyage I was able to promote the Club to expeditioners and I am happy to say sign up 19 new members. On Macquarie Island I was able sto inspect the Nella Dan Memorial plaque that the ANARE Club had commissioned and has instralled there, at a location overlooking Nella Dan’s final resting place.