Provided by George Friend
Compiled and edited by: Alan Ryan 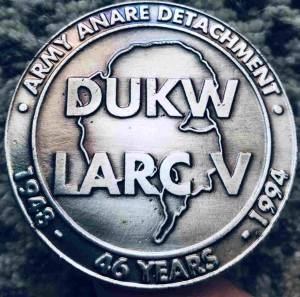 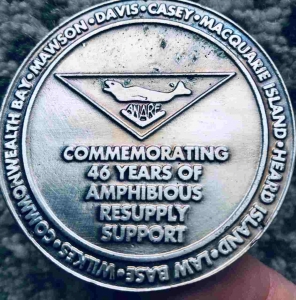 The “Road To Antarctica” was a Department of Defence (Training Command) training Video project, co-produced with Antarctic Division, intended to educate and train both Army Detachment ANARE personnel and Expeditioners about LARC Operations in Antarctica. Initiated by CAPT George Friend, Senior Instructor at the Army Maritime School in 1986, who produced, wrote and directed the program based on latest training Command Doctrine (at the time).

The production filled an overdue need to update training materials and visual aids going back to when the Detachment commenced operations in 1948. The Opening sequence includes original footage and images of the first DUKW operation at Macquarie Island with an interview with CAPT Laurie Stooke, who first suggested the use of Amphibians in the establishment and resupply of Australia’s Antarctic and Sub-Antarctic Stations. He commanded the first Army Det ANARE in 1948 and that support continued annually for 46 years up until 1994.

The program covers all training aspects the Detachment undertook to prepare for operations in Antarctica, including helicopter support and also life aboard the resupply ships and at the Stations.

The concluding sequence is the dramatic footage captured by the Army film crew of the grounding and evacuation of the Nella Dan on 3 Dec 1987. 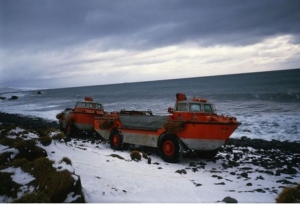 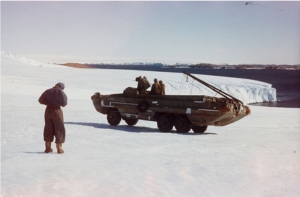 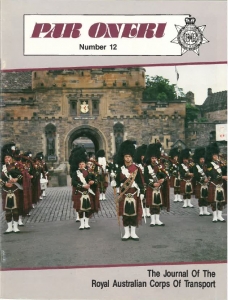 Click here to go to our Vehicles Page - Look for LARCs and DUKWs at the bottom
ANARE Club A.G.M. 2021 Council Reports Locked for Members Only

The Ice Breaker – A Life of Phillip Law
Scroll to top